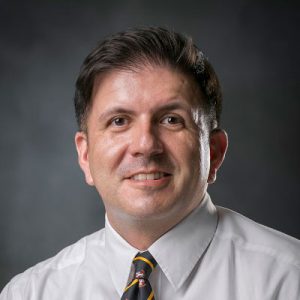 Humantelligence is the rare company that seeks to better the world in a self-perpetuating, self-sustaining manner and has the vision and resources to accomplish that goal. I am involved because I believe Humantelligence has the potential to help many prosper and rise to heights that have been heretofore closed to them and which Humantelligence is opening to them person by person, business by business, and opportunity by opportunity.

Senior Global Advisor for Humantelligence. He supports the analytics team by advising on issues of statistical design, validity and implementation, guiding the Big Data applications worldwide, and assisting in algorithm creation.

Dr. Miller has a wide background in applied statistics. He is currently an Associate Professor at Brigham Young University in Laie, Hawaii. While still an undergraduate, he opened his own statistical consulting business assisting graduate students and professors with research. Once in graduate school, Dr. Miller worked on projects for FedEx, the Federal Aviation Administration (FAA), the National Transportation Safety Board (NTSB), and US Airways, among others. On receiving his Ph.D., in agreement with his family, he took a professor position on the North Shore of Oahu, where he lives with his wife and nine children.

Since arriving in Hawaii, Dr. Miller has taught a variety of applied predictive modeling courses, including multivariate statistics, and has pursued a number of research and applied consulting projects. Some of these include working for King Tupou V and TongaSat as well as the Ministry of Tourism in the South Pacific nation of Tonga, working with the largest entertainment company in China, the Overseas Town holdings Company in Shenzhen China performing modeling and predictive analytics for their company, and the Polynesian Cultural Center, the most visited paid attraction in the Hawaiian Islands, as the head of one of their marketing analyses teams. In recent years, Dr. Miller’s interests have tended towards humanitarian work, with projects performed for the Academy for Creating Enterprise in Cebu, Philippines as well for Food for Life Vrindavan in India, both of which have as their goals assisting those in poverty rise to better lives for themselves and their families, and Charity Vision International, which focuses on empowering local physicians and creating a sustainable solution to the blindness epidemic. Currently, Dr. Miller is working with Dr. Frank C. Worrell of the University of California, Berkeley, on projects in Fiji, where they are working with the Ministry of Education in establishing nationwide testing based on the current Fijian curriculum and statistically normed on their own pupils, as well as with research analysts at Kamehameha Schools in Hawaii, where they are performing intensive education assessments to aid in better serving the needs of Native Hawaiians.

One of his great loves is mentoring students. His students have participated in each of his consulting projects and have been accepted to prestigious schools around the world, including Oxford University, MIT, and Columbia University, among many others.

Dr. Miller received his Ph.D. from Purdue University and his B.S. degree from Brigham Young University in Provo, Utah.

Ron follows a deep personal sense of direction, and challenges existing methods. He can suggest new ways of doing things for increased effectiveness. He sees the big picture and communicate it to others.

Ron brings unique and creative ideas to the table. He is an active and independent agent who may be seen as a trend-setter who demonstrates personal freedom.

Ron meets new people in a reserved, polite, and quiet way. He prefers a logical approach to transactions, and remains cool, calm, and collected through most business situations.

I am motivated by Helping and Supporting, I work in Reflective and Steady ways, and my ideal work allows for Structure and Working with Facts.